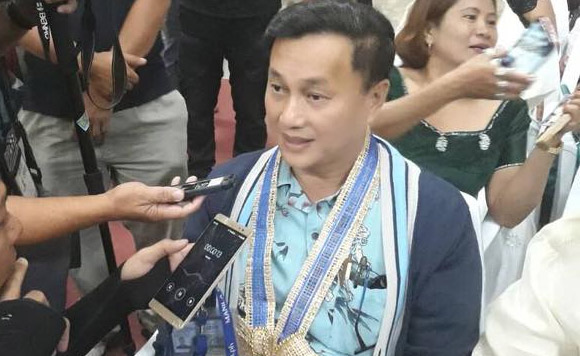 Tolentino on June 16 led the oath-taking of more than 400 newly-elected barangay officials.

“I urge you one thing, I ask you one thing. I ask whoever will be elected Association of Barangay Captains president to sit down with the 60 members to chart a barangay integrated disaster management plan,” he said.

The Cavite politiko also reminded the barangay officials to always adhere to their oath of office.

“Everything you need to do is included in your oath of office, it’s not in the Local Government Code. Middle of your term, you’ll get lazy. Tomorrow, July 1, July 2 you’re still at it, but when 2020 comes, maybe some of you will already get lazy. Just remember your oath,” Tolentino said.