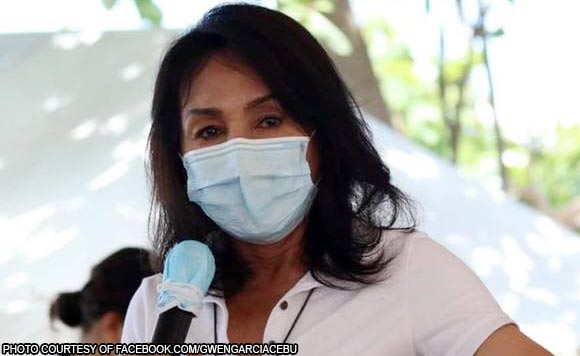 CEBU CITY – The Manila Bay beautification project has nothing to do with the cease and desist order issued against the two dolomite mining firms in the southern Cebu town of Alcoy, Governor Gwendolyn Garcia said on Monday.

In a press conference at the Capitol, Garcia said the province is not opposed to the nourishment program for Manila Bay, adding that she would not join the discussions as to the propriety of the project.

The concern of the province, she said, are the violations committed by the two mining firms – Dolomite Mining Corp. (DMC) and Philippine Mining Service Corp. (PMSC) – which may cause environmental degradation in Alcoy town, she said.

The two companies in Alcoy, she said, were allowed to extract dolomite for export as raw materials for steel and glass manufacturers in Korea and Japan but do not have a permit to sell and transport to domestic markets.

The governor said the province is placing the two companies in Alcoy under tight watch in line with the campaign against illegal quarrying.

She said she sees a high demand for sand and gravel now that the government is implementing its Build, Build, Build program where works for concreting of thousands of kilometers of roads are ongoing.

The governor said the province wants to regulate extraction of natural resources by monitoring if mining firms are religiously following the 10,000 cubic meter limit under the permit issued to them by the government.

Environment Undersecretary Benny Antiporda said the national government is “not in anyway connected to their provincial internal business problem”.

“If there is anything that we can do to assist them, our MGB-7 (Mines and Geoscience Bureau-Region 7) is available anytime, but if they will be needing the assistance of Sec. Roy A. Cimatu, he is also willing to help just like what he has done to assist Cebu in their Covid-19 problem,” Antiporda said in a message sent to the Philippine News Agency.

He said the Department of Environment and Natural Resources should coordinate with the Cebu province on the matter. (PNA)