For being alive and still kicking: Negros Occidental gov’t to give 100K each to 24 surviving centenarians 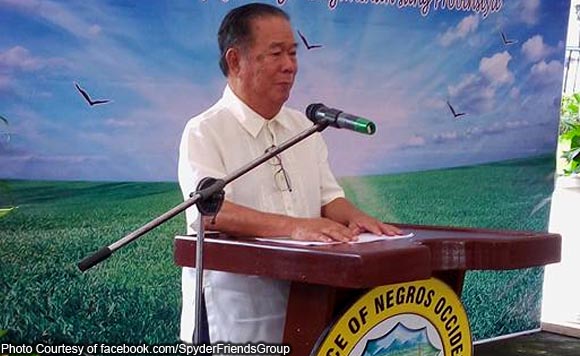 0 419
Share
Want more POLITIKO News? Get the latest newsfeed here. We publish dozens and dozens of politics-only news stories every hour. Click here to get to know more about your politiko - from trivial to crucial. it's our commitment to tell their stories. We follow your favorite POLITIKO like they are rockstars. If you are the politiko, always remember, your side is always our story. Read more. Find out more. Get the latest news here before it spreads on social media. Follow and bookmark this link. https://goo.gl/SvY8Kr

The Negros Occidental provincial government, which is headed by Governor Alfredo Marañon, will give P100,000 each to 24 of the province’s surviving centenarians.

Aside from the cash incentives, these “lolos” and “lolas” which given a plaque of appreciation and recognized during the 118th Cinco De Noviembre celebrations this November 5.

The oldest centenarian is 105 years old from Silay.

The qualified honorees have been identified by the Provincial Social Welfare and Development Office.

The Sangguniang Panlalawigan had approved last year the Negros First Centenarian Act, giving a one-time cash incentive worth PHP100,000 to centenarians in the province.

Beneficiaries must be a resident of Negros Occidental for at least three years while those living in Bacolod City are not qualified.

In 2015, among the awardees was Francisca Susano of Barangay Oringao, Kabankalan, who was then 118, making her Negros Occidental’s oldest person.

Born on September 11, 1897, Susano is poised to become the oldest living person in the world, but the Guinness Book of World Records has yet to verify her records.