Flood alert up in 34 major rivers in Eastern Visayas 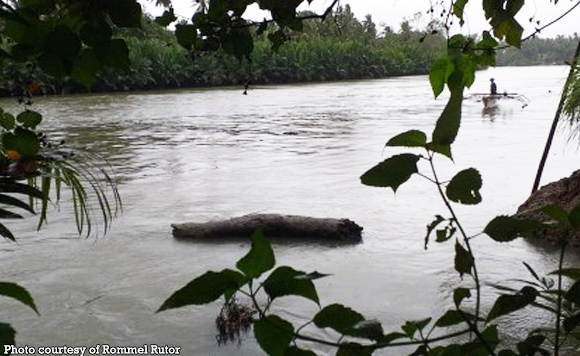 In an advisory issued Monday, PAGASA identified several rivers in six provinces that would likely be affected by the heavy downpour.

Other affected rivers are Oras, Dolores, Ulot, Taft, Borongan, Suribao, Llorento, Balangiga, and Sulat in Eastern Samar; Basey,Silaga, Calbiga, and Jibatan in Samar; and Bisay, Himbangan, and Pandan in Southern Leyte; and all river systems in Biliran province.

People living in low-lying areas near these river systems are advised to be on alert for possible flash floods. Those settled near mountain slopes are told to watch out for signs of landslides.

Earlier, the Department of the Interior and Local Government has identified 2,433 villages in the region as highly susceptible to flooding. The agency urged local governments to conduct appropriate preparedness and disaster risk reduction measures as needed.

As of 1 p.m. Monday, Tisoy increased its threat as it moves closer towards Northern Samar, Albay, and Sorsogon areas.

The typhoon was located at 195 kilometers east of Juban, Sorsogon with maximum sustained winds of up to 150 kilometers per hour (kph) near the center and gustiness of up to 185 kph. It is moving west at 20 kph.