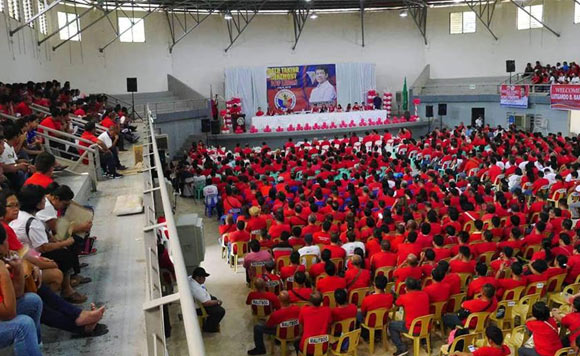 Marie Marjorie Jaramilla said the mass exodus from old parties to the ruling party is expected among politicians every after election of a new President to ensure “political survival.”

“Let us give chance to everybody. If they are for total change and if they will help the President’s advocacy, why not?” she said in an interview with reporters here Monday.

“We have a screening committee that evaluates their loyalty to the party and support to the President’s advocacy against illegal drugs and corruption,” she added.

The top top politios who have switched to PDP-Laban ahead of next year’s elections are:

* All 12 members of the House of Representatives in the region have joined the party except Northern Samar Rep. Raul Daza of Liberal Party

“About 90 percent of incumbent elected officials in the region are now members of PDP-Laban. During the 2016 election, we only had very few party mates and nobody won a seat in the local government,” Jaramilla said.

The region has six governors, seven city mayors, 139 town mayors and more than a thousand provincial and municipal legislators. (PNA)