Find out the 33 insurgency hotspots in Eastern Visayas 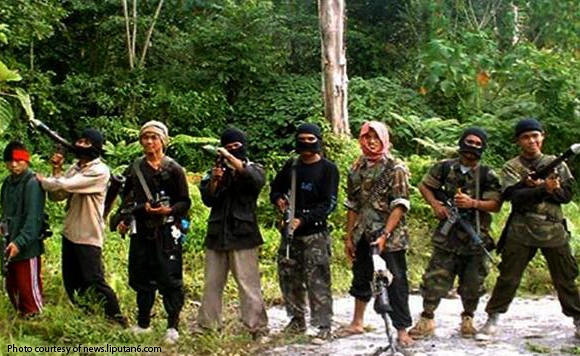 0 674
Share
Want more POLITIKO News? Get the latest newsfeed here. We publish dozens and dozens of politics-only news stories every hour. Click here to get to know more about your politiko - from trivial to crucial. it's our commitment to tell their stories. We follow your favorite POLITIKO like they are rockstars. If you are the politiko, always remember, your side is always our story. Read more. Find out more. Get the latest news here before it spreads on social media. Follow and bookmark this link. https://goo.gl/SvY8Kr

The Philippine Army has tagged 32 towns and a city in Eastern Visayas as priority areas in their anti-insurgency drive, citing recent reports of attacks and fortification activities of armed rebels in these areas.

The areas identified as rebel-infested are:

From January to August 10 this year, rebels had 847 other activities, which include sightings, meetings, recruitment, and extortion.

“The NPA continues to recruit members by use of the communist theology, propaganda, lie, deceit and intimidation. They have been doing extortion as well to generate needed funds for procurement of firearms,” Farnacio said.

Of the 847 rebel activities, 332 were recorded in Northern Samar, 230 in Samar, 190 in Eastern Samar, and 95 Leyte province. No activity of armed rebels was reported in Southern Leyte and Biliran provinces.

“The reason why many Northern Samar villages is conflict-affected, because many areas are isolated. It has been said that insurgency begins where the road ends. The road network is the solution to poverty and insurgency. If people earn and go to schools, insurgency will become irrelevant,” said Northern Samar Vice Governor Garry Lavin.

Samar Governor Sharee Ann Tan, RPOC chairperson , said they had asked the Department of Budget and Management to allocate P12 billion for road opening and concreting in three Samar provinces.

“We will ask members of the House of Representatives to help us, that proposed funds will be included in budget hearings,” Tan told council members.

Farnacio reiterated his call for collaboration to curb insurgency in Eastern Visayas region since the problem can not be resolved without the participation of other agencies and stakeholders.

The army has been pushing for development-governance-security approach through harmonization of military operation and development projects, engage all stakeholders, and sense of concern for the environment. (PNA)