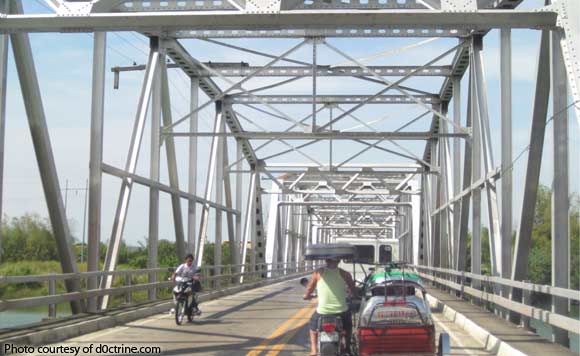 After 10 long years, the so-called “Love Bridge” of Kabankalan City in Negros Occidental was finally inaugurated.

“This bridge has undergone six phases under three contractors beginning in 2006 during the time of President Gloria Macapagal-Arroyo,” said former mayor and now Sixth District Board Member Pedro Zayco.

Zayco said the 154-lineal meter bridge was built with the help of the Department of the Interior and Local Government under the Austrian government-assisted President’s Bridge Program.

The bridge was dubbed “Love Bridge” by the locals.

“We need more area for development and this bridge will help extend the city to the other barangays,” Zayco said.

For his part, incumbent Kabankalan Mayor Isidro Zayco said the bridge will make it easier for goods and services from other places to come in.

He added the bridge took more than 10 years to build due to the difficult work conditions during rainy months.