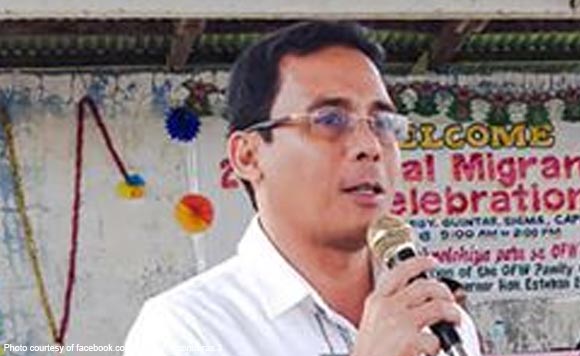 0 1,114
Share
Want more POLITIKO News? Get the latest newsfeed here. We publish dozens and dozens of politics-only news stories every hour. Click here to get to know more about your politiko - from trivial to crucial. it's our commitment to tell their stories. We follow your favorite POLITIKO like they are rockstars. If you are the politiko, always remember, your side is always our story. Read more. Find out more. Get the latest news here before it spreads on social media. Follow and bookmark this link. https://goo.gl/SvY8Kr

He had a history of travel to Metro Manila and arrived here on March 16 via Clark, Pampanga to Malay, Aklan flight. (https://bit.ly/34IE9nH)

The patient – previously labeled as high risk contact No. 4 and person under investigation (PUI) No. 46 – was exposed to Covid-19 confirmed cases No. 3 and No. 4, Contreras said in a statement.

The 63-year-old male was then transferred to Iloilo City for advanced medical management due to severe clinical manifestation. He was still considered what was previously called a PUI and went for a third RT-PCR testing, which yielded a positive result for SARS-COV-2.