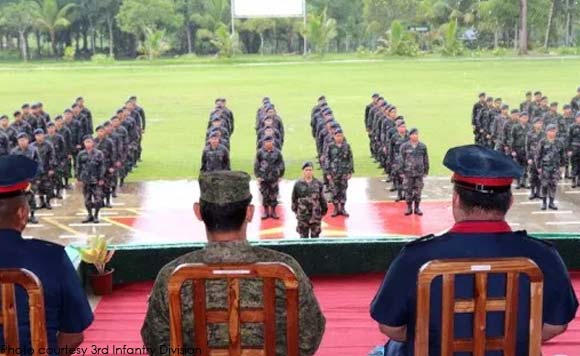 At least 97 personnel from the Central Visayas regional police are now undergoing internal security operations to help stave off attacks from rebel groups like the New People’s Army.

The 97 personnel of the Police Regional Office (PRO)-7 are undergoing the training at the facility of the 3rd Infantry Division (ID) of the Philippine Army in Jamindan, Capiz.

The training is part of the efforts of the Army and Philippine National Police in implementing internal security operations through the expanded cross-trained training.

It aims to train and equip police personnel with right attitude, knowledge, skills, and capability on public safety in order to secure the people against criminality, violence, terrorism and threats of insurgency.

“As partner agency in securing the people against any form of threat and violence, sharing of knowledge between the Army and PNP is necessary for us to come up with an effective and resilient inter-agency effort in addressing and resolving peace and security concerns in the region,” said Maj. Gen. Dinoh Dolina, 3ID commander.