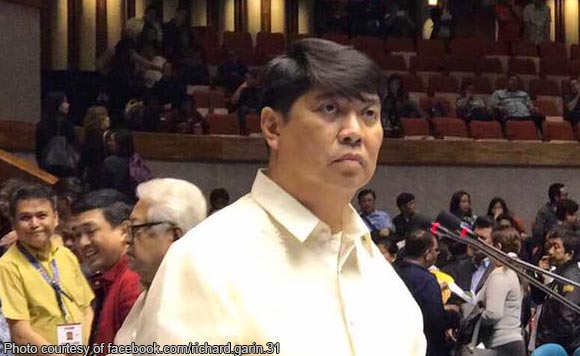 ILOILO CITY — The Garin family has denied that they are competing for one seat to represent the first district of Iloilo at the House of Representatives.

In a media interview Thursday, incumbent 1st District Rep. Richard Garin said it was the decision of the family that three of them will file their certificates of candidacy (COCs) because the choice of who will represent their family has not yet been finalized.

Garin assured that there will only be one among them who will push through to vie for the congressional post. It will be known on or before Nov. 29, the date provided by the Commission on Elections (Comelec) for candidates who would seek substitution or withdrawal from their position.

Garin filed his COC for re-election on Oct. 11 while his wife, former health secretary Janette Garin, and his father, incumbent Guimbal Mayor Oscar Garin, filed their COCs for the same position on October 17.

Richard is running under the ruling Partido Demokratiko Pilipino – Lakas ng Bayan (PDP-Laban) party, her wife under the Nacionalista Party. while his father is an independent candidate.

“Rest assured people in the province of Iloilo and especially the first congressional district, we will finalize this soon. We are not like other families in the province or city that there two members from their family who are clashing in one position,” Garin added.

Comelec-Iloilo provincial supervisor Elizabeth Doronilla said it was the first time in Iloilo’s history that three members of the same family filed their COCs for just one position. (PNA)