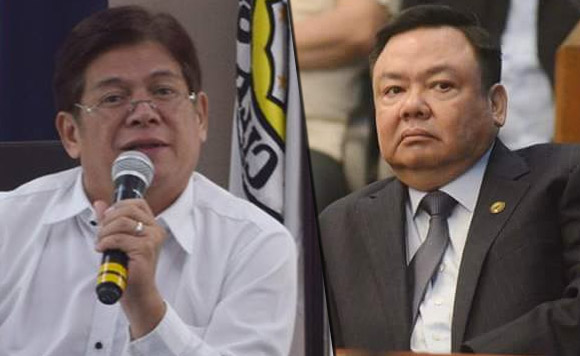 Iloilo City Mayor Jose Espinosa III is gunning for a new term in 2019, and it will be against his brother-in-law, Rep. Jerry Trenas.

Espinosa, whose wife is a sister of Trenas’ wife, answered in the affirmative when asked by media on Monday if he will run for mayor.

But he said he has yet to iron out details of who he will get as his running mate.

The incumbent mayor got his post after Jed Patrick Mabilog was ordered dismissed by the Ombudsman last year over unexplained wealth.

Mabilog, who is allied with the Liberal Party, has also been linked to drugs, a claim he has denied.

Espinosa will have to deal with the fact that majority of the incumbent city councilors are reported to be on Treñas’ side.

He also remains open to possible alliances and coalition with other parties.

Espinosa is a member of the Nacionalista Party, an ally of the Partido Demokratiko Pilipino-Lakas ng Bayan (PDP-Laban), President Rodrigo Duterte’s party.