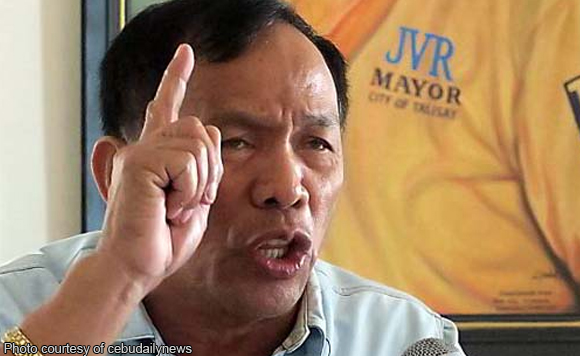 0 314
Share
Want more POLITIKO News? Get the latest newsfeed here. We publish dozens and dozens of politics-only news stories every hour. Click here to get to know more about your politiko - from trivial to crucial. it's our commitment to tell their stories. We follow your favorite POLITIKO like they are rockstars. If you are the politiko, always remember, your side is always our story. Read more. Find out more. Get the latest news here before it spreads on social media. Follow and bookmark this link. https://goo.gl/SvY8Kr

Former Talisay City, Cebu Mayor Johnny de Los Reyes faces indictment for falsification after he allegedly appointed someone as president of the Talisay City College (TCC) despite the absence of authority from the board of trustees (BOT).

Ombudsman Conchita Carpio Morales ordered the filing of the Information or charge against the ex-politiko.

However, in its Resolution, the Ombudsman stated that in the minutes of the meeting held on 10 December 2013, the BOT gave no authority to Delos Reyes to appoint the college president or even to designate an OIC.

According to Ombudsman Morales, “as public officer, being [then] City Mayor of Talisay City as well as Chairman of the BOT of the TCC, [delos Reyes] clearly took advantage of his official position when he issued the EO.”

In the related administrative case, the Ombudsman also found respondent liable for Simple Dishonesty and issued a “stern warning that a repetition of the same or similar offense would be dealt with more severely.”