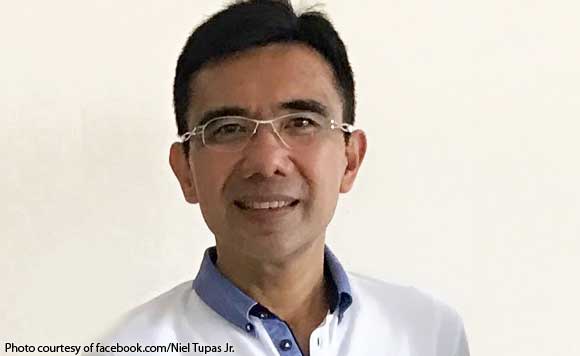 Former Iloilo Rep. Niel Tupas, Jr. said he was “surprised” with his indictment over the alleged ghost projects using his Priority Development Assistance Fund (PDAF) in 2008, noting that he will appeal the resolution of the Office of the Ombudsman.

“I’m very surprised by the resolution of the Ombudsman in that case because from the very beginning I took positive steps to alert the COA (Commission on Audit) and the government agencies concerned when I received information that spurious documents allegedly containing my signature were being used to facilitate the release of government funds,” Tupas said in a statement.

“I was even the one who called the attention of COA about this matter and I asked the government agency concerned to withhold the release of funds,” Tupas insisted.

The former lawmaker also said that some of the funds were reverted to the National Treasury.

“I also wrote the Ombudsman informing the office of our discovery of spurious documents that were used to facilitate the release of fund. I have not yet received a copy of the resolution but I will ask my lawyers to file an MR (motion for reconsideration)and I hope the Ombudsman will see the light,” he said.