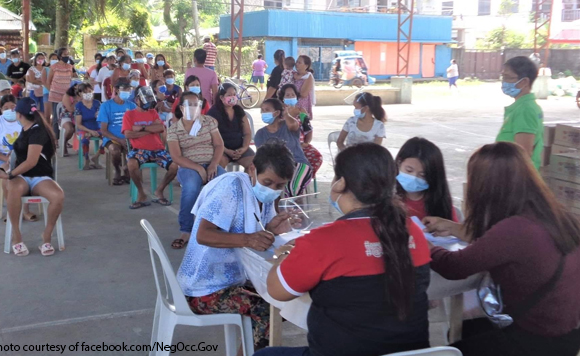 The PSWDO provided relief assistance to augment the aid and basic services provided by the respective LGUs following the massive evacuation.

They initially distributed relief items such as boxes of bottled water and sardines, sacks of rice, and sets of non-food items that included blankets, towels, plastic mats, tarpaulins, among others.

Data from the PSWDO showed that there are a total of 59 affected barangays from the cities of Talisay, Silay, Victorias, Cadiz, Escalante, and E.B. Magalona town.