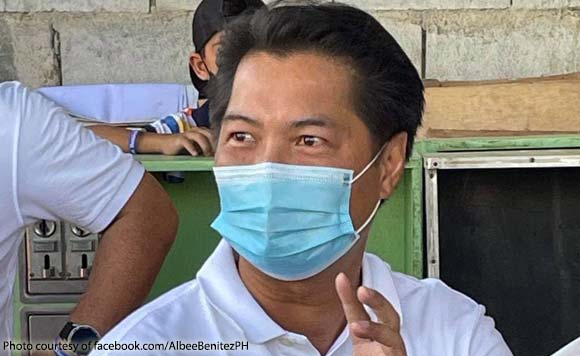 0 2,190
Share
Want more POLITIKO News? Get the latest newsfeed here. We publish dozens and dozens of politics-only news stories every hour. Click here to get to know more about your politiko - from trivial to crucial. it's our commitment to tell their stories. We follow your favorite POLITIKO like they are rockstars. If you are the politiko, always remember, your side is always our story. Read more. Find out more. Get the latest news here before it spreads on social media. Follow and bookmark this link. https://goo.gl/SvY8Kr

Former Negros Occidental 3rd District Rep. Albee Benitez brushed aside the issue regarding his transfer of residency from Victorias City to Bacolod City.

“The opposition against the transfer of my voter’s registration is to be expected,” said Benitez reacting to the July 13 complaint filed before the Commission on Elections.

Petitioners Hector Yula, Teodoro Abao and Jonah Abao claimed that they have never seen the former congressman “in the vicinity of his purported residence address.” (https://bit.ly/3kuhmWR)

In his application to transfer his voter’s registration, Benitez listed Mountain View Subdivision in Barangay Mandalagan as his residence.

They also questioned the ex-solon’s cedula, saying the P525 paid for the cedula was far too small for his net worth.

“I am confident those moves will not prosper as all requirements of the law have been fully complied,” said Benitez.

There is speculation that Benitez will challenge incumbent Mayor Evelio Leonardia for mayoral post.

Continue Reading
Albee BenitezCommission on ElectionsNegros Occidental
0 2,190
Share
Politiko would love to hear your views on this...
More Stories