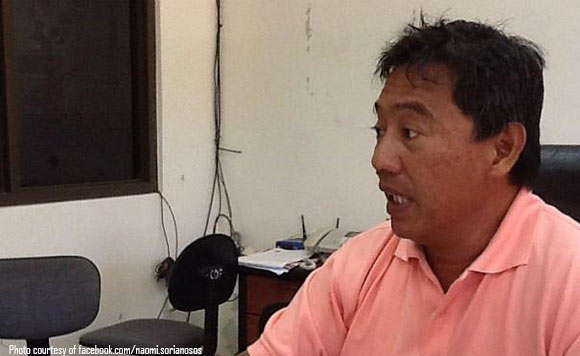 The Sandiganbayan is has barred former Siquijor governor Orlando Fua, Jr. from holding public office after he was found guilty of obstruction of justice.

The anti-graft court said Fua had interfered and caused the delay of the arrest of a barangay chairman caught selling methamphetamine hydrochloride or “shabu.”

In a 27-page ruling written by Associate Justice Zaldy Trespeses and promulgated on Friday, the Sandiganbayan Seventh Division punished Fua with perpetual disqualification from holding public office and ordered him to pay a P6,000 fine.

“Wherefore, premises considered, the court finds accused Orlando Anos Fua Jr. guilty beyond reasonable doubt of the crime of obstruction of justice in violation of Section 1(e) of Presidential Decree No. 1829. He is hereby sentenced to pay a fine of P6,000 and in case of insolvency, shall be required to undergo subsidiary imprisonment,” the Sandiganbayan ruling said.

Fua was accused of using his position to “impede, frustrate, and delay” police from serving James Largo with an arrest warrant at 2 a.m. on Nov. 24, 2010.

Largo was barangay captain of Tigbawan in Lazi town at the time.

The charge was based on a complaint filed by Police Inspector Reynaldo Valmoria, who led the arresting team.

The Office of the Ombudsman said the complaint was bolstered by the testimonies of Police Officer (PO) 3 Samuel Ocao, PO2 Marve Balay-og, PO2 Jeralf Paghacian, and PO1 Dynichee Tupac.

The Ombudsman dismissed Fua’s argument that he went to help Largo because he lives nearby and saw that the police were conducting the search improperly.

Fua also questioned the validity of the warrant against Largo, who is also his childhood friend.

“Notwithstanding, accused’s presence at the scene of operations and his incessant probing on the validity of the operation strengthens the prosecution’s claim that he willfully interfered or obstructed the service of the search warrant to his childhood friend,” it added.

The anti-graft court said that Fua, who is also a lawyer, could have simply given Largo legal advice or an assistant so that he can file a motion to quash the search warrant.

The Sandiganbayan added that it saw no improper motives on the part of the complaining policemen, saying that Fua does not have the right to interfere in their operation even if there was any irregularity.

“As a public officer, he must, at all times, uphold the public interest over his personal interest,” the anti-graft court said. (PNA)