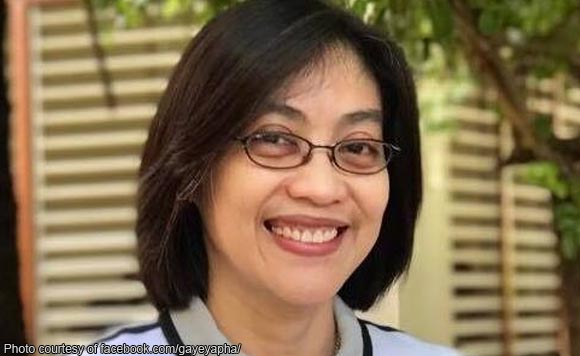 0 792
Share
Want more POLITIKO News? Get the latest newsfeed here. We publish dozens and dozens of politics-only news stories every hour. Click here to get to know more about your politiko - from trivial to crucial. it's our commitment to tell their stories. We follow your favorite POLITIKO like they are rockstars. If you are the politiko, always remember, your side is always our story. Read more. Find out more. Get the latest news here before it spreads on social media. Follow and bookmark this link. https://goo.gl/SvY8Kr

CEBU CITY — A former mayor of the southern town of Pinamungajan who is running for representative of Cebu’s third district claimed she received death threats on Wednesday morning.

Former mayor Geraldine Gaye Yapha reported to the Cebu Provincial Police Office (CPPO) after receiving a note in a piece of paper accompanied with two bullets allegedly left at the back of her Toyota Hilux pick-up vehicle.

She believed the threat to her life has something to do with her running as third district representative.

“I could not think of anything else but politics. Whoever sent me the letter wanted me to withdraw my candidacy, and the election is drawing close,” she said in a video she posted on social media.

Aside from Yapha, two others are aspiring for the congressional seat for the province’s third district in the May 13 midterm elections — lawyer Pablo John Garcia and former senator, now Toledo City Mayor John Henry Osmeña.

She said one of her opponents wanted her to withdraw in exchange for money, but she refused to do so. She did not name the opponent she was referring to.

Yapha said her driver Rex Zamora was the first one to find the folded piece of paper at the back of her vehicle.

She said they thought it was money but they were surprised upon seeing the bullet as well as the note written on the paper.

According to the former mayor who is also a licensed physician, she does not want to take the incident lightly and wants the police to investigate it.

Yapha has no bodyguard. She is running for Cebu’s third congressional district representative in the May 13 elections under the Nationalist People’s Coalition (NPC). (PNA)