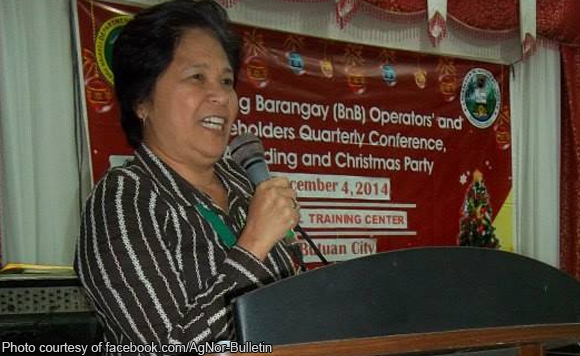 Former Buenavista, Agusan del Norte Mayor Percianita Racho has been charged with graft over the over priced purchase of P3 million worth of fertilizers in 2004 that was done without the required public bidding.

The Office of the Ombudsman also charged along with Racho FESHAN Philippines Inc. representative Lucio Lapidez.

In 2004, Racho was still mayor of the town when the local government purchased 2,000 bottles of Bio-Nature organic liquid fertilizer from FESHAN.

The Ombudsman filed the case after Racho allegedly unlawfully gave unwarranted benefit, advantage or preference to FESHAN in a transaction in manifestly and grossly disadvantageous to the government.

Citing investigation made, the Ombudsman indicated that the transaction was made without even undergoing the required public bidding under Republic Act 9184 (Government Procurement Reform Act).

Also, the Ombudsman accused FESHAN of having supplied fertilizers that were overpriced and of inferior quality.

The Ombudsman noted that bottle of fertilizer from FESHAN cost P1,500 which was much more compared to the prevailing market price of P125.