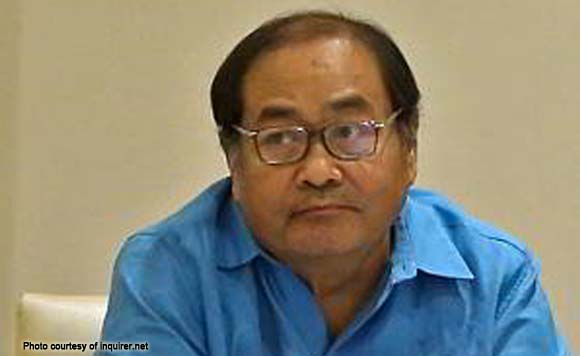 Cebu gubernatorial candidate Winston Garcia is still being hunted by the alleged anomalies he was involved with during his time as general manager of the Government Service Insurance System (GSIS).

The Office of the Ombudsman has indicted him and 10 others for graft in connection with the alleged rigged public bidding for the GSIS electronic membership card (e-card) project in May 2004.

In its decision, the Ombudsman said Garcia and his fellow former GSIS officials awarded the multi-million peso contract to the Union Bank of the Philippines way before actual bidding was conducted.

This in violation of Republic Act 9184 or the Government Procurement Reform Act, the Ombudsman pointed out.

The alleged irregularity was uncovered by the Commission on Audit (COA) in 2005.

In a statement, Garcia said the graft charges filed against him was merely based on the “reckless findings” of the COA special audit team.

“This case has been languishing in the Office of the Ombudsman for more than 10 years and was only decided this year, less than a year before the May 2016 elections,” Garcia said.

Garcia is running for governor of Cebu against incumbent Gov. Hilario Davide III.

The award of the e-card project to Union Bank, he pointed out, is the same e-card project presently implemented by the incumbent officials of GSIS despite efforts of the latter officials to look for better terms from other banks.

“It will be noted, however, that in their haste to file this case, certain procedural and jurisdictional lapses were committed which can be valid grounds for immediate dismissal. We are confident we will be vindicated before an impartial tribunal such as the Sandiganbayan,” Garcia added.