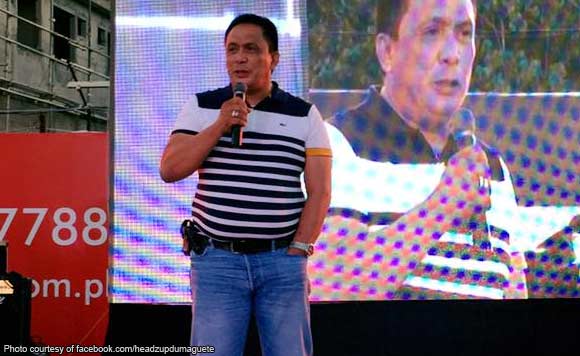 Dismissed Negros Oriental Governor Roel Degamo has been charged before the Sandiganbayan in connection with his alleged anomalous use of calamity funds worth P143.2 million.

The Office of the Ombudsman filed the charges against Degamo who was accused of committing 11 counts of graft.

The case stemmed from infrastructure projects awarded to contractors in 2012 as part of the rehabilitation program following damages caused by Typhoon Sendong in December 2011 and the magnitude 6.9 earthquake in 2012.

Records shows the Department of Budget and Management (DBM) allotted P961.5 million on June 5, 2012 in response to Degamo’s request for funds.

Though P480.7 million was immediately released to the provincial government, the DBM withdrew the allotment since the province ailed comply with existing guidelines for infrastructure projects.

However, Degamo and his co-accused still pushed through with the awarding of 11 infrastructure projects to various contractors.