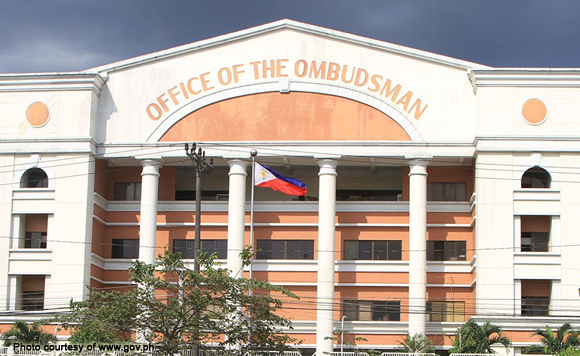 In a statement posted in its website, the Office of the Ombudsman declared that it has found probable cause in charging the former politiko along with officials of the National Agri-Business Corporation (NABCOR), namely, Alan Javellana, Encarnita-Cristina Munsod, Ma. Julie Villaralvo-Johnson and Romulo Relevo, and GABAYMASA officials, Margie Luz and Ma. Cristina Vizcarra.

The Ombudsman indicated that investigation found that in October 2007 Coquilla received P5 million as part of his PDAF for the acquisition of instructional materials and seedlings.

The project called for the procurement of 32,887 calamundin, rambutan, chico and mango seedlings, and 10,470 instructional materials intended for his constituents in the municipalities of Dolores, Maslog, Jipapad, Lawaan and Guiuan.

It was uncovered that there were gross violations of procurement rules as the suppliers were unregistered business entities, with non-existent addresses.

Discreet surveillance conducted by the Ombudsman’s Field Investigation Office revealed that the supplier of seedlings is a garden shop engaged in the selling of rocks, pebbles, grass and landscaping services. While, the supplier for the instructional materials is located in a residential area and sells car batteries and wheel interiors.

The Commission on Audit also said that “no fruit seedlings or instructional materials (were) distributed to beneficiaries” and “at the time material to the charges, the suppliers did not possess the required accreditation to transact” as “it had no track record in project implementation.”