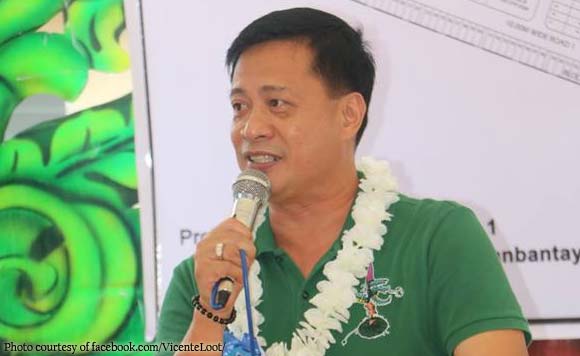 “Knowing I am innocent of the charges from the very start, I respectfully request an independent investigation be conducted by your office on the matter to establish the truth about the accusations, past and present,” Loot said in letter addressed to NBI-7.

“I am willing to face those charges if true, and will make myself available for interview or requests for information about my life and activities if it will help expedite your investigation,” he further said.

Loot attached in his letter the Investigation Report by the Criminal Investigation and Detection Group (CIDG) in October 2016 exoneration him of any involvement in illegal drugs.

“Mayor Vicente Loot performed his mandated functions in the campaign against illegal drugs activities in his town in Daanbantayan, Cebu as mandated in Sec. 51 of RA 9165 otherwise known as the Comprehensive Dangerous Act of 2002 and has not committed any violation. The assets of Mayor Loot and wife Ma. Luisa Loot which are mostly on the form of real properties and business interest, many of which were brought by wife Ma. Luisa Loot into her marriage with the Mayor in 1991, could not be established as being derived from illegal drugs,” the CIDG said.