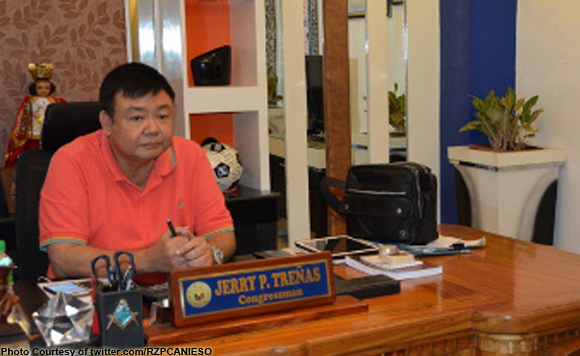 0 767
Share
Want more POLITIKO News? Get the latest newsfeed here. We publish dozens and dozens of politics-only news stories every hour. Click here to get to know more about your politiko - from trivial to crucial. it's our commitment to tell their stories. We follow your favorite POLITIKO like they are rockstars. If you are the politiko, always remember, your side is always our story. Read more. Find out more. Get the latest news here before it spreads on social media. Follow and bookmark this link. https://goo.gl/SvY8Kr

“The evidence against you is strong.”

Iloilo City Jose “Joe” Espinosa III made the remarks after the Sandiganbayan 7th Division denied Rep. Jerry Treñas’ plea to dismiss a graft case filed against him over the alleged misuse of the priority development assistance fund (PDAF) amounting to P500,000.

In a January 27 resolution, the anti-graft court dismissed the motion for leave of court to file demurrer to evidence that Treñas filed for lack of merit.

Espinosa said in a Panay News article that the court found the evidence of guilt was strong.

Treñas, who was then mayor, was accused of misusing the pork funds of Senator Loren Legarda for the construction of the Iloilo Press Club

“Since accused Treñas is yet to present his case, this Court has no basis to rule that his evidence is clearer and more convincing than what the prosecution has presented,” the Sandiganbayan ruled.