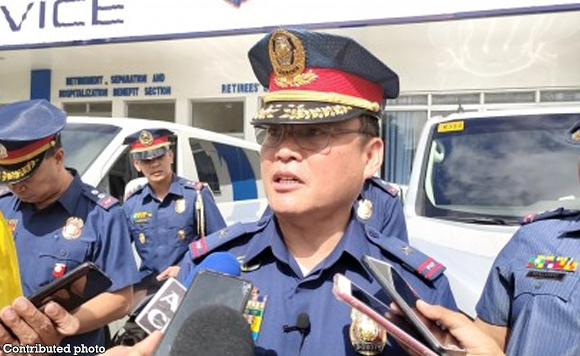 0 1,381
Share
Want more POLITIKO News? Get the latest newsfeed here. We publish dozens and dozens of politics-only news stories every hour. Click here to get to know more about your politiko - from trivial to crucial. it's our commitment to tell their stories. We follow your favorite POLITIKO like they are rockstars. If you are the politiko, always remember, your side is always our story. Read more. Find out more. Get the latest news here before it spreads on social media. Follow and bookmark this link. https://goo.gl/SvY8Kr

Espenido held a press conference in Bacolod last Feb. 19 and also entertained an interview in this city the next day.

PRO 6 regional director, in a media interview Monday, said Espenido welcomes the investigation in connection with the said gag order.

“I asked for his explanation why he had a press con in Bacolod despite the instruction of no less than our chief PNP for us to just wait for the announcement of Camp Crame regarding the (narco)list. I asked him to report to me personally last week and asked him his reasons for this inappropriate conduct of a press con because this is not authorized and not sanctioned by our leadership,” he added.

In their meeting, Pamuspusan bared that Espenido was “very apologetic to the chief PNP.”

But the regional director told Espenido that the PRO 6 still needs to follow the regulation by the PNP.

“I have already reported to the chief PNP. We have made Lt. Col. Espenido explain his actions and if warranted, we will proceed with (the) administrative case against him,” he said.

With Espenido entertaining the Iloilo reporters, Pamuspusan said Espenido “is very respectful towards the media and other persons.”

He said the PRO 6 has already started with its adjudication proceedings and has already submitted their recommendations to Camp Crame.

Pamuspusan said the adjudication process should be a welcome proceeding for those included in the list to clear their name and save their career and reputation.