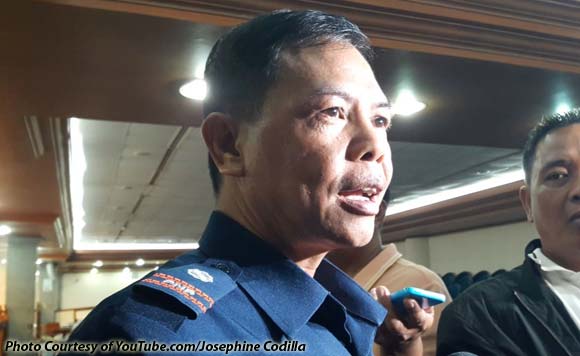 0 420
Share
Want more POLITIKO News? Get the latest newsfeed here. We publish dozens and dozens of politics-only news stories every hour. Click here to get to know more about your politiko - from trivial to crucial. it's our commitment to tell their stories. We follow your favorite POLITIKO like they are rockstars. If you are the politiko, always remember, your side is always our story. Read more. Find out more. Get the latest news here before it spreads on social media. Follow and bookmark this link. https://goo.gl/SvY8Kr

The controversial cop will also serve as chief of the BCPO City Drug Enforcement Unit.

Biñas said the new appointment will be a “big help” to the city’s campaign against illegal drugs.

In 2017, Espenido led the anti-drug operation that killed Mayor Reynaldo Parojinog and several others.

He was also the chief of police of Albuera, Leyte when its Mayor Rolando Espinosa, who was publicly linked to drugs by President Rodrigo Duterte, was shot dead inside his jail cell in 2016.

Loren Legarda wants ex-DOH secretaries to come together for…