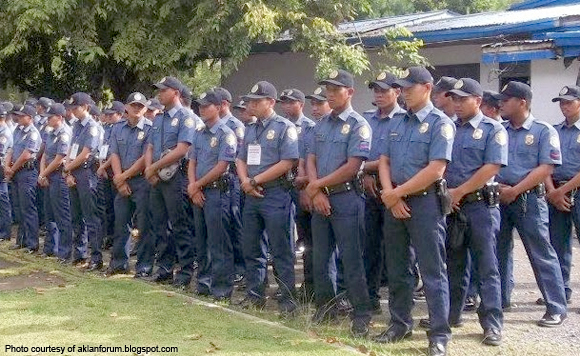 0 9,228
Share
Want more POLITIKO News? Get the latest newsfeed here. We publish dozens and dozens of politics-only news stories every hour. Click here to get to know more about your politiko - from trivial to crucial. it's our commitment to tell their stories. We follow your favorite POLITIKO like they are rockstars. If you are the politiko, always remember, your side is always our story. Read more. Find out more. Get the latest news here before it spreads on social media. Follow and bookmark this link. https://goo.gl/SvY8Kr

All 23 police officers, including the chief of police assigned at Anilao Municipal Police Station in Anilao, Iloilo, have been relieved of their posts.

The order was issued by Chief Supt. John Bulalacao, Regional Director of the Police Regional Office in Western Visayas (PRO-6). Tayaba said the policemen were relieved because there was no duty sentinel on post while other officers were caught sleeping while on duty during an inspection by Regional Director Joseph Celis of the National Police Commission in Western Visayas (Napolcom-6). The surprise inspection happened around 4:40 a.m. on Thursday.

“Our investigation is still ongoing and we are also looking for the liabilities of these relieved police officers,” Tayaba said.

Tayaba added they are now at the Personnel Holding Administrative Unit (PHAU) of IPPO. Senior Insp. Menrico Candaliza was also replaced by Chief Insp. Ciriaco Esquiliarga as chief of police of the station.

“This will serve as warning to all police officers that they can be relieved anytime for not doing their job,” Tayaba said. Celis said the chief of police was among those asleep during his visit.

“When I came to the station, the lights are off and that is the worst,” he said. He then gave them time to prepare for their formation outside of the station where he talked to them about their problem on preparedness, especially during emergencies or possible attack by rebels.

Currently, Celis said that he is planning to file administrative charges against the relieved police officers and they are already gathering information and evidence.

He then warned other police stations and its personnel to be committed in their work. “We are raising the bar of discipline and the standards that we need so that our nation will prosper but how can we prosper if we do not initiate this discipline?” he added.

Bulalacao, in a press statement, said the erring personnel of Anilao police station will be among the participants of the Focused Reformation Orientation and Morale Enhancement to be conducted by the Regional Personnel and Human Resource Development Division starting December 10.

The seven-day in-house training is in line with the internal cleansing efforts of the Philippine National Police.

“Police Regional Office 6 does not tolerate the laxity and misbehavior of its personnel. The relief of all personnel of Anilao municipal police station will serve as a lesson to other personnel of PRO-6 to religiously comply with their duties and responsibilities as police officers,” Bulalacao added. (PNA)