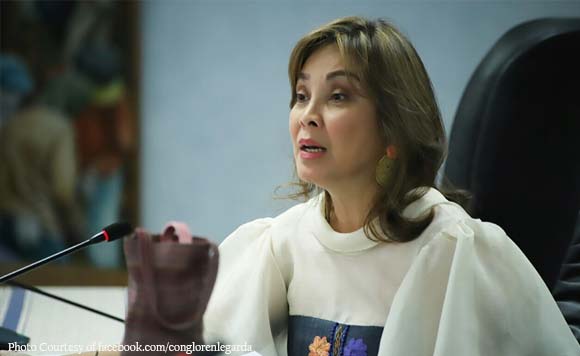 0 1,017
Share
Want more POLITIKO News? Get the latest newsfeed here. We publish dozens and dozens of politics-only news stories every hour. Click here to get to know more about your politiko - from trivial to crucial. it's our commitment to tell their stories. We follow your favorite POLITIKO like they are rockstars. If you are the politiko, always remember, your side is always our story. Read more. Find out more. Get the latest news here before it spreads on social media. Follow and bookmark this link. https://goo.gl/SvY8Kr

In observance of Indigenous People’s (IP) month this October, Antique Rep. Loren Legarda stressed the importance of giving a fitting recognition to our IPs who gave meaning to our identity as Filipinos.

“As we celebrate this year’s Indigenous People’s month, it is an opportune time for us to honor the bearers of our cultural diversity, our IPs and their overwhelming contributions to our history, culture and heritage,” said Legarda.

An advocate for art and culture, the former senator said that “the ways and means of our indigenous peoples may be considered ‘ancient’ compared to those of the modern society, but everything that defines us as Filipinos is rooted in the creativity, resourcefulness and passion of those people who lived long ago. They themselves created their own identity, built self-sustaining communities, formed unique practices, traditions and culture, which they passed on to their children, and on to the next generations.”

She also underscored the importance of the role of indigenous communities as partners in conservation and preservation of protected areas within their ancestral domains in House Bill 639 or the Indigenous Peoples and Local Communities Conserved Areas Act of 2019.

“The Indigenous People’s month serves as a constant reminder for all of us to ensure that we provide the needed support for our IPs to strengthen their part in nation building. This is also a reminder to public servants to craft and promote measures that will benefit our IPs and value their rights as we continue to protect our cultural heritage amid the challenges of modernization,” according to her.

With a heart for the different IP groups and indigenous culture, Legarda spearheaded the creation of the National Museum’s Baybayin Gallery and Manlilikha ng Bayan Gallery.

She has been engaged in efforts to revive the age-old tradition of weaving, creating the country’s first permanent textile gallery, Hibla ng Lahing Filipino at the National Museum; and leading the Hibla Travelling Exhibition that has already reached Portugal, Madrid, New York, San Francisco, Tokyo, Singapore, and Geneva, among others.

Legarda also supported the creation of Schools of Living Traditions and the documentation of indigenous knowledge and traditional practices, and conceptualized the Dayaw television series on indigenous culture, which she hosts and is produced by the National Commission for Culture and the Arts and the ABS-CBN News Channel.