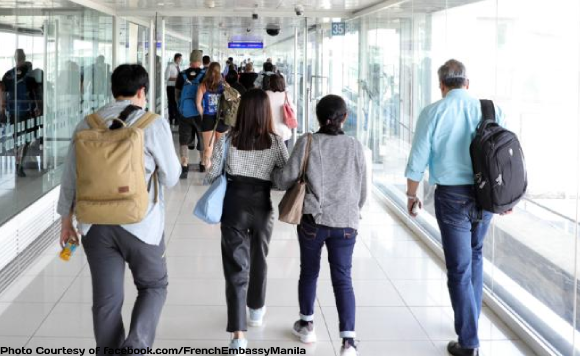 “The flight tonight is actually a special Qatar Airways flight initiated and negotiated by the French government. It leaves Cebu tonight at 10:30 p.m., then it will fly to Manila and depart for France at 1:15 am,” French Embassy in Manila Press Attaché Camille Eva Marie Conde told the Philippine News Agency.

The special flight is part of the repatriation efforts of the French government for its nationals who have been stranded due to travel restrictions imposed by host countries in response to the coronavirus disease 2019 (Covid-19) pandemic.

“(There’s) no news yet if there would be a second plane coming in the next days, but we’ll be announcing if ever,” she said.

As of posting, Tourism Secretary Bernadette Romulo-Puyat said there are at least 2,912 stranded tourists in Luzon, Visayas, and Mindanao.

At least four sweeper flights will fly out of Boracay Island over the weekend, with two more scheduled on Thursday, March 26.