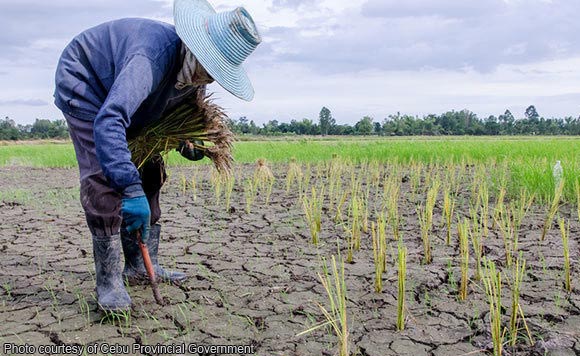 The Cebu Provincial Board (PB) on Monday declared a state of calamity in the entire province as more than half of Cebu’s municipalities were adversely affected by the El Niño phenomenon.

The resolution for the declaration, sponsored by PB Member Thadeo Jovito Ouano upon the recommendation of the Cebu Provincial Disaster Risk Reduction and Management Office (PDRRMO), was approved during the regular session at the Cebu Capitol.

The damage caused by the dry spell in Cebu province has been estimated at PHP100 million, said the PDRRMO.

Provincial Disaster Management executive assistant Jules Regner told the Philippine News Agency that the PDRRMO pushed for the declaration of a state of calamity as 27 of the 51 towns in Cebu are now experiencing the ill effects of the dry spell.

With Cebu under a state of calamity, the Capitol is set to release half of its P50-million quick response fund for the immediate needs of the affected local government units.

Regner said the rise in temperature brought about by the dry spellalso
triggered an outbreak of coral-eating starfish in the towns of Moalboal and Cordova.

The massive presence of “crown of thorns” starfish, he said, has affected the livelihood of fishermen as it significantly decreased their daily catch. (PNA)