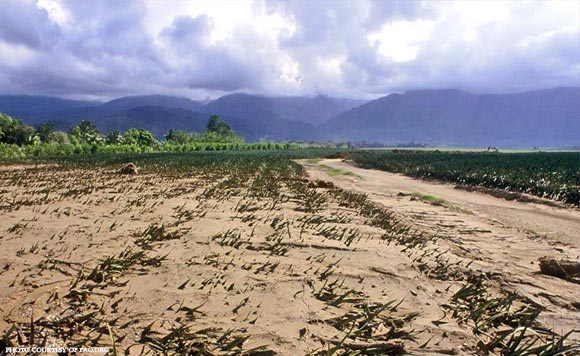 0 387
Share
Want more POLITIKO News? Get the latest newsfeed here. We publish dozens and dozens of politics-only news stories every hour. Click here to get to know more about your politiko - from trivial to crucial. it's our commitment to tell their stories. We follow your favorite POLITIKO like they are rockstars. If you are the politiko, always remember, your side is always our story. Read more. Find out more. Get the latest news here before it spreads on social media. Follow and bookmark this link. https://goo.gl/SvY8Kr

The dry spell brought by the El Niño weather phenomenon has destroyed some P1.2 billion worth of rice in Iloilo, the Provincial Agriculture’s Office said.

Data from the PAO showed the drought damaged some 35,000 hectares of rice farmlands between January and April 2019.

Last May, the Iloilo Provincial Board placed Iloilo under a state of calamity due to El Niño.

Superal said her office allotted P10 million for the procurement of organic fertilizer to be distributed to the affected farmers.

The Provincial Board’s committee on disaster risk reduction and management proposed about P31.46 million as mitigating measures for affected farmers.

These measures for agriculture include:

But Superale allayed public fears the province may experience rice shortage due to the calamity, adding Iloilo is one of the top five provinces that provide supplies to their own province.

The other rice suppliers in the country are Nueva Ecija, Isabela, Pangasinan, and Nueva Viscaya.

She said Iloilo produced some 800,000 tons of rice in 2018. She added the agriculture’s office allotted P10 million for the purchase of organic fertilizer to the affected farmers.