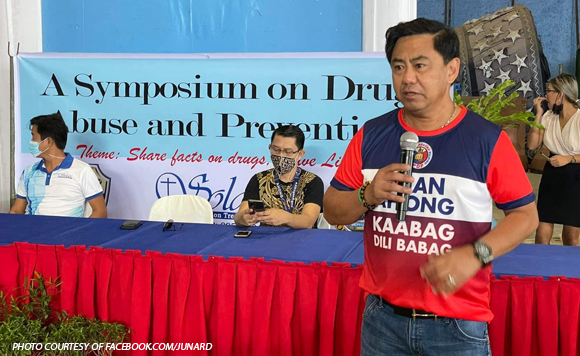 Oponganons are now seeing the effects of a reenacted budget with the majority of the City Council members blocking the passage of this year’s annual budget, Mayor Junard Chan said.

Chan proposed a P3-billion annual budget but the city government has been forced to utilize its 2021 annual budget of P2.7 billion.

The mayor cited the dilapidated road beside the newly-completed drainage project as one of its effects. (https://bit.ly/388C0HM)

The mayor’s detractors claimed that the project contractor left the drainage project for failure to pave the road.

“It’s not true, that’s fake news. The contractor’s responsibility is only the concrete drainage as concreting of the road is not included,” he explained.

Accoeding to him, there was a budget for road concreting but the City Council did not approve the annual budget.

Chan has long submitted to the City Council the proposed 2022 budget last year.

The result of this coming election will determine the fate of all their pending projects, he said.