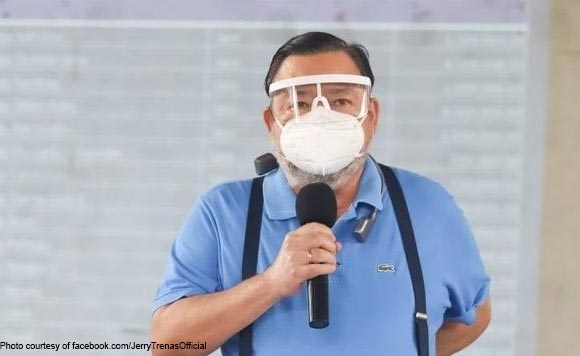 Iloilo City Mayor Jerry Treñas warned that the new distancing rules were “too dangerous” to implement in the city.

“My concern is that, I cannot understand the fact that we make sure that when our people are on the streets, they are not standing close to each other, even for more than 1 meter,” Treñas said in a radio interview.

“We even have ordinances for that. I don’t understand why, when riding jeeps, people can only have 0.75 meters of distance, then 0.50, then 0.30. For me, our cases are rising and they do that. That for me is too dangerous,” the mayor added.

According to him, Regulation Ordinance No. 2020-066 has the force and effect of law and would be more binding than the orders by the agencies.

Regulation Ordinance No. 2020-066 mandates a physical distance of 1 meter between persons in all public areas and public transport.

“[A] local ordinance has the force and effect of law. Memorandum circulars are just memoranda for them. Unless it will be in the form of a law, for me it is only a memorandum. Ours is an ordinance that mandates the distance. We will continue to comply with the ordinance,” explained Treñas.

The politiko also called the situation presented by the new edicts “ridiculous.”

“You have a ridiculous situation where, if you are in a [public] transport, a jeepney, you can [have a distance of] up to 0.30 [meters], but when you go down, you will be cited when you don’t observe physical distancing. When you go down, the compliance officers will cite you for not following a social distance of 1 meter, because that is the ordinance and based on the health [protocols] that have been advised to us,” he said.

Treñas believes there hasn’t been any coordination between national government agencies themselves because of the confusion being caused by these protocols.