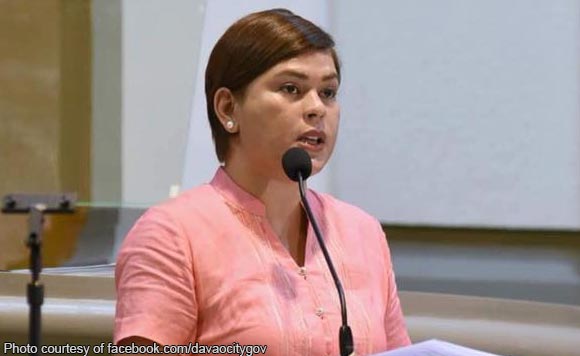 0 908
Share
Want more POLITIKO News? Get the latest newsfeed here. We publish dozens and dozens of politics-only news stories every hour. Click here to get to know more about your politiko - from trivial to crucial. it's our commitment to tell their stories. We follow your favorite POLITIKO like they are rockstars. If you are the politiko, always remember, your side is always our story. Read more. Find out more. Get the latest news here before it spreads on social media. Follow and bookmark this link. https://goo.gl/SvY8Kr

Her father, President Rodrigo Duterte is the national chairman of the ruling PDP-Laban.

“I am grateful. The endorsement is a big thing for me,” the son of incumbent Iloilo Governor Arthur Defensor Sr. in a Panay News article.

On one hand, Treñas, who will face his brother-in-law Mayor Jose Espinosa III for the mayoral post, welcomed the Davao City mayor’s support.

“I am very appreciative of the support of Mayor Sara Duterte. I know that with her backing, we will be able to continue the development happening in Iloilo City,” he said.