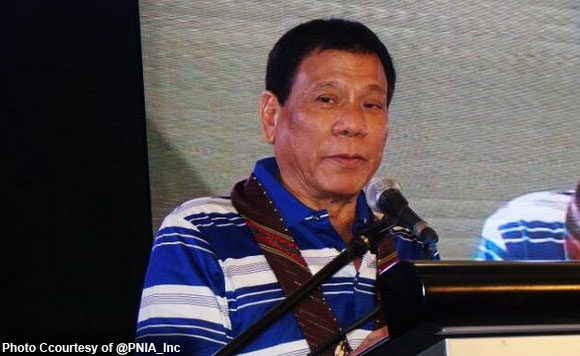 0 382
Share
Want more POLITIKO News? Get the latest newsfeed here. We publish dozens and dozens of politics-only news stories every hour. Click here to get to know more about your politiko - from trivial to crucial. it's our commitment to tell their stories. We follow your favorite POLITIKO like they are rockstars. If you are the politiko, always remember, your side is always our story. Read more. Find out more. Get the latest news here before it spreads on social media. Follow and bookmark this link. https://goo.gl/SvY8Kr

Some may be uncomfortable with his public statements and actions but Davao City Mayor Rodrigo Duterte should remain true to himself, an ally said.

“Duterte may be accused of being outrageously vocal in proposing these pragmatic measures, at times using street lingo and cuss language, but he certainly cannot be faulted for being deliberate, frank and even sarcastic in presenting his solutions and showing how patriotic, dedicated and genuinely compassionate he is for the general welfare of the people,” said Duterte camp spokesperson Peter Tiu Laviña in his Facebook page.

“He is a common man with lots of common sense for the common good. Truly, I wonder who needs a makeover, Duterte or our country and its rotten political system?”

Duterte’s tough talking personality has earned criticisms following his cursing of Pope Francis and admission that he had already killed 1,700 suspected criminals in Davao.

With this, Senator Aquilino Pimentel III, president of Duterte’s PDP-Laban party, advised the mayor to be circumspect when it comes to his statements.