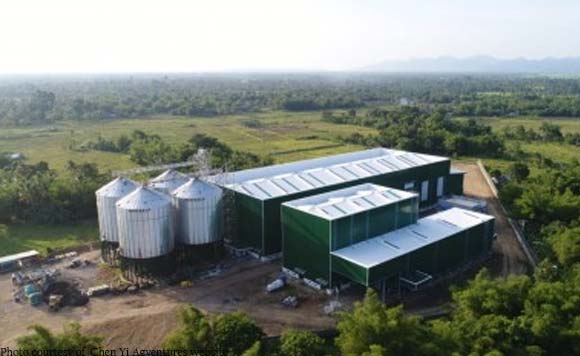 0 598
Share
Want more POLITIKO News? Get the latest newsfeed here. We publish dozens and dozens of politics-only news stories every hour. Click here to get to know more about your politiko - from trivial to crucial. it's our commitment to tell their stories. We follow your favorite POLITIKO like they are rockstars. If you are the politiko, always remember, your side is always our story. Read more. Find out more. Get the latest news here before it spreads on social media. Follow and bookmark this link. https://goo.gl/SvY8Kr

This was announced by Duterte in his 38-minute speech during the inauguration of the Chen Yi Agventures Rice Processing Center (CYA-RPC) in Mudburon village, Alangalang, Leyte on Friday night.

“But I’d like to just also mention that si Secretary Piñol will be leaving the agriculture portfolio. Hirap ako sa Mindanao because we have created a new political entity there, the BOL (Bangsamoro Organic Law) or BARMM (Bangsamoro Autonomous Region in Muslim Mindanao), for that matter as it is known today,” Duterte told Chen Yi workers, local government officials, and farmers.

The autonomous region, inaugurated last March 29, is led by the Bangsamoro Transition Authority, the interim caretaker government until regional leaders take over in 2022.

The President said the slow progress since the creation of BARMM had prompted him to pick a “point man there in the likes of Secretary Piñol” to help fully develop Mindanao.

Created in 2010, MinDA serves as Mindanao’s lead agency in coordinating and integrating development efforts that bring about the accelerated socio-economic development of Mindanao.

“With the changing political horizon there, we have to do what we promised to the Moro people. We have for so many years been at war. We have troubles there before the BARMM,” Duterte added.

The official has been the agriculture chief since Duterte assumed the presidency on June 30, 2016.

Prior to the CYA-RPC inauguration, Piñol said he would keep mum on talks about his transfer. He said any statement on this issue should come from the Chief Executive. (PNA)