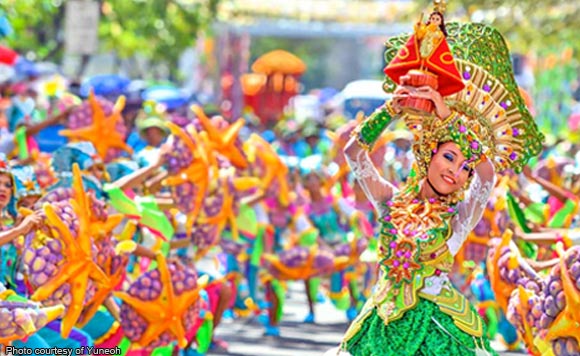 President Rodrigo Duterte will attend the Sinulog Festival in Cebu on Sunday.

This will be Duterte’s first time to grace the occasion since he assumed office in mid-2016.

In a post on Facebook, Michael Lloyd Dino, chief of the Office of the Presidential Assistant for the Visayas, announced Duterte’s attendance to this year’s Sinulog festivities. (https://bit.ly/35ODwIm)

“We are happy to announce that President Rodrigo Duterte will be attending the Sinulog Grand Parade 2020 this Sunday. This is the first time that the President is joining the Sinulog Festival,” Dino wrote.

In December, Cebu City Mayor Edgardo Labella sent a personal invitation to Duterte to attend the Sinulog Grand Parade which is set on January 19.

“I am honored at the same time I’m humbled that the response of the president was positive. It will make the Sinulog more exciting and it will also give the pilgrims, the devotees, and the people of Cebu City again to have a good glimpse of our beloved president,” said Labella.