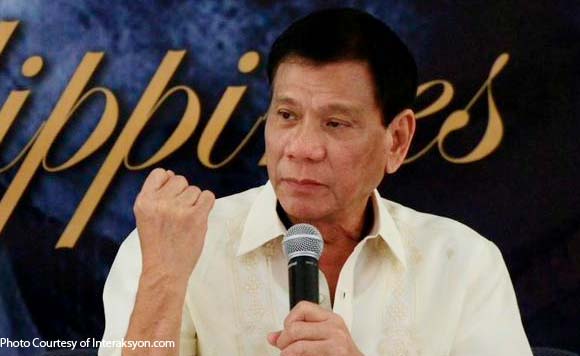 Davao City Mayor Rodrigo Duterte is expected to formally announce his presidential bid during an event at University of the Philippines (UP) Cebu this (Sunday) afternoon.

A DZMM radio report said that the mayor–popular for his hardline stance against criminality–will attend a pro-federalism rally within campus grounds today.

The rally was scheduled to begin at 1 p.m., but the report said Duterte will arrive later at 5 p.m.

His appearance will have come a day after he told a birthday celebration of his friend in Dasmariñas, Cavite that a presidential run is “on the table” for him.

Further fueling the belief that he would make his much-awaited announcement today are the participation of Senators Koko Pimentel and Alan Peter Cayetano at the UP gathering.

Pimentel heads the PDP-Laban party which carries Duterte, while Cayetano, a vice presidential aspirant, has been positioning himself as the Davao leader’s running mate for months now.

The same DZMM report said that in case a declaration isn’t made today, then Duterte would make one soon either in Iloilo or in Manila.

The “Dirty Harry”-like mayor has shown reluctance, if not ambivalence, in the past regarding a Palace run in 2016. (Samantha A. Giron)