Duterte: Send all NBP prisoners to Pacific Ocean to fish 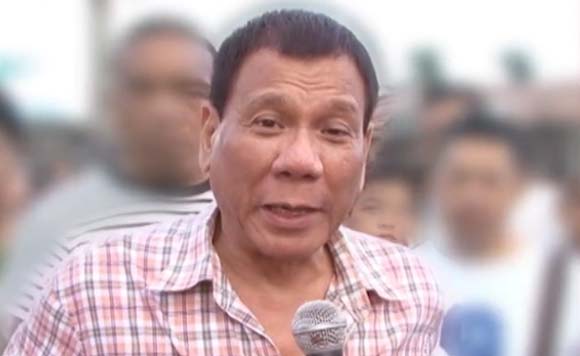 Davao City mayor Rodrigo Duterte is at it again.

To reform the country’s penal system, the mayor suggested that convicted prisoners should be sent to Pacific Ocean to fish – using their genitals as bait.

Duterte made the statement during the opening of the 23rd AFAD Defense Sporting Arms Show at the SM Megamall in Mandaluyong City on November 11, according to Philippine Star.

The 70-year-old tough-talking mayor was asked how he would get rid of abusive prisoners in the National Bilibid Prison (NBP), where raids yielded high-caliber guns, drugs, cellular phones, aircon units and other amenities.

In response, he said he would haul off all NBP detainees and have them fish in the Pacific Ocean.
If he had his way, Duterte said he would also order the police Special Action Force to attack the prison facility and leave no one standing.

In his speech, the Davao mayor also cited the corruption in the judiciary where prosecutors and judges can be bought to drop a case in exchange for higher retirement benefits.

“I was a prosecutor once and I know how this system works… how much for the retirement of a prosecutor for instance? Six to seven million? Then let us give the prosecutor P50 million to drop the case. But again these are exceptions,” he said.