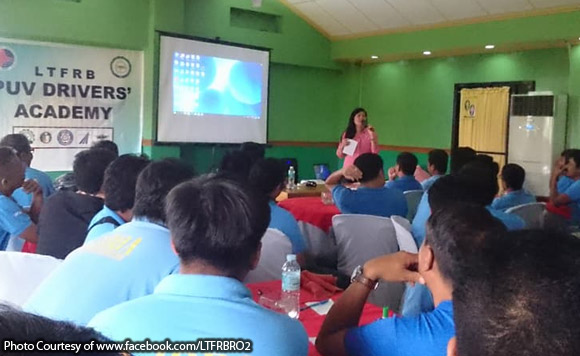 0 307
Share
Want more POLITIKO News? Get the latest newsfeed here. We publish dozens and dozens of politics-only news stories every hour. Click here to get to know more about your politiko - from trivial to crucial. it's our commitment to tell their stories. We follow your favorite POLITIKO like they are rockstars. If you are the politiko, always remember, your side is always our story. Read more. Find out more. Get the latest news here before it spreads on social media. Follow and bookmark this link. https://goo.gl/SvY8Kr

President Rodrigo Duterte’s proposal for a mandatory drug test on public utility vehicle drivers is getting support from a jeepney drivers’ group in Iloilo City.

ICLAJODA president Raymundo Parcon added many PUV drivers, including jeepney drivers, had tested positive for illegal drug use at the height of the drug trade in Iloilo.

He said the number of drug users in their ranks declined when the Duterte administration assumed office.

Under the present agreement, drivers who undergo drug tests got IDs needed for the renewal or application of PUV franchises.

Parcon said they are looking at signing another agreement with new PRO-6 regional head Chief Superintendent John Bulalacao for the random drug tests.