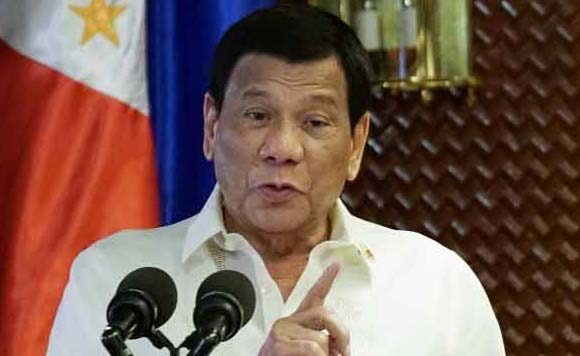 0 1,944
Share
Want more POLITIKO News? Get the latest newsfeed here. We publish dozens and dozens of politics-only news stories every hour. Click here to get to know more about your politiko - from trivial to crucial. it's our commitment to tell their stories. We follow your favorite POLITIKO like they are rockstars. If you are the politiko, always remember, your side is always our story. Read more. Find out more. Get the latest news here before it spreads on social media. Follow and bookmark this link. https://goo.gl/SvY8Kr

Duterte will lead the distribution of Certificate of Land Ownership Awards (CLOAs) to agrarian reform beneficiaries at the Sagay City Government Center this afternoon.

After the ceremonial distribution of3,423 CLOAs for the 2,116 hectares of land in the province, the chief executive will proceed to the campaign rally of Partido Demokratiko Pilipino-Lakas ng Bayan (PDP-Laban) in Victorias City.

PDP-Laban spokesperson Ronwald Munsayac earlier said that 80,000 Negrenses are expected to attend the administration’s rally to be held at the Victorias City Coliseum.