Duterte defers meeting with ex-rebels in Leyte due to Taal 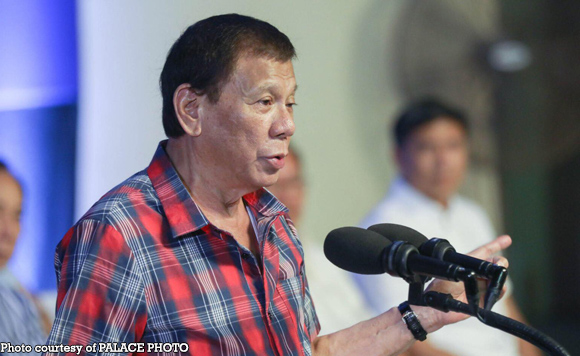 President Rodrigo Duterte postponed his scheduled engagement in San Isidro, Leyte on Tuesday to a later date due to Taal’s eruption, Malacanañg said on Monday.

Duterte was supposed to lead the distribution of benefits to rebel returnees at the San Isidro Civic Center (SICC) in San Isidro, Leyte.

Presidential Spokesperson Salvador Panelo said the Palace has yet to announce the President’s updated schedule.

However, Duterte is set to push through with his scheduled visit to the Philippine Marine Corps at the Naval Station Jose Francisco in Fort Bonifacio, Taguig City on Monday.

“The Marines event this afternoon will push through,” Panelo said, referring to Duterte’s attendance in the awarding of presidential citations and a ceremonial hand-over of firearms.

Duterte arrived in Manila on Monday morning after his plane initially had difficulty taking off after ashfall from Taal’s eruption caused zero visibility in some areas in the south.

The President “could not fly to Manila last (Sunday) night because visibility was — and could still be zero”, Panelo said.