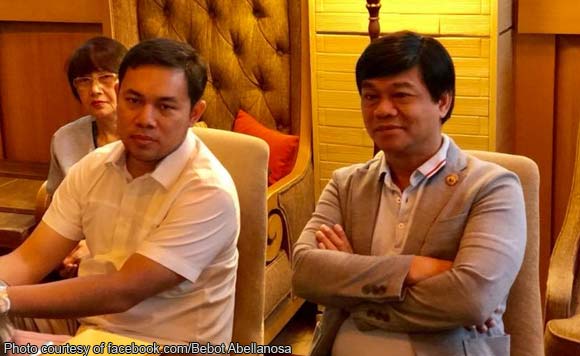 An assurance from the Secretary is all he’s looking for.

Rep. Rodrigo “Bebot” Abellanosa wants zero delays in the construction of an underpass along N. Bacalso Avenue in Cebu City.

The politiko had a meeting set up with his former colleague now Public Works Secretary Mark Villar to bug the latter about the progress of construction.

Abellanosa felt relieved after Villar assured that the agency is focused on the project. He later on found a way to drop a bomb against critics of the underpass.

“This project was carefully studied, planned and endorsed by earlier studies of JICA, DPWH and expert consultants who are surely more knowledgeable than the politically-motivated opposition in the city. What better alternatives can the latter offer?,” Abellanosa said, taking a swipe at Team Rama who have been questioning the intent of the project.

“Doing something coupled with a little sacrifice and understanding by the public is better than doing nothing and just waiting for the implosion of our city streets and highways.”

Arnie Teves tries to be a weightlifter