Dumaguete airport back to normal after PAL blocks Dumaguete runway 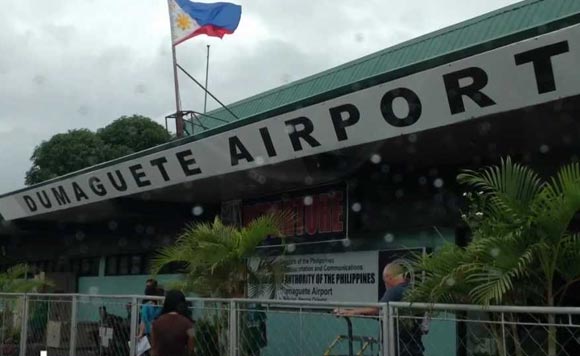 0 884
Share
Want more POLITIKO News? Get the latest newsfeed here. We publish dozens and dozens of politics-only news stories every hour. Click here to get to know more about your politiko - from trivial to crucial. it's our commitment to tell their stories. We follow your favorite POLITIKO like they are rockstars. If you are the politiko, always remember, your side is always our story. Read more. Find out more. Get the latest news here before it spreads on social media. Follow and bookmark this link. https://goo.gl/SvY8Kr

Dumaguete Airport resumes normal operations Wednesday morning following closure of runway 09 due to an aircraft which had tire trouble shortly after landing.

According to the Civil Aviation Authority of the Philippines (CAAP), PAL flight PR2541 (Manila-Dumaguete) experienced tire failure while landing, damaging the left main gear of its rubber tires.

This led CAAP to issue a Notice to Airmen (NOTAM) and declared runway closure.

Several PAL and Cebu Pacific flights were cancelled due to the incident.

CAAP spokesperson Eric Apolonio earlier told the PNA that commercial aircraft cannot be accommodated while runway 09 is closed. The runway, however, can accommodate trainer planes since these only require a small portion of the runway.

Meanwhile, both PAL and aviation authorities reported that all passengers of flight PR2541 were deplaned safely. (PNA)