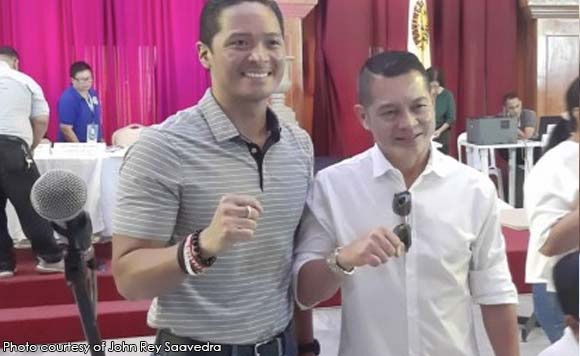 CEBU CITY – Cebu Fifth District Representative Vincent Franco “Duke” Frasco on Thursday welcomed the electoral protest filed against him before the House of Representative Electoral Tribunal (HRET) by his rival who is a member of the Durano political clan of Danao City.

Frasco described the protest filed by former Representative Ramon “Red” Durano VI as “out of touch” with the pulse of the fifth district voters who, he said, “have had enough”.

“The electoral protest filed by Red Durano only confirms just how out of touch he is with the people of the 5th District who, by their own free will, said they have had enough, by categorically rejecting the 70-year dictatorial reign of the Duranos and the Bakud Party,” Frasco said in a statement sent to the Philippine News Agency (PNA).

Frasco said the political family’s inability to accept transformation in the district by choosing another leader has shown their kind of leadership.

“The Duranos’ inability to accept that people want change and a better life is symptomatic of the tyrannical rule that has shackled the 5th District for far too long,” Frasco, a native of Liloan town, said.

Frasco added that President Rodrigo Duterte and Davao City Mayor Sara Duterte both wanted change in the fifth district by endorsing his candidacy.

“I have not yet received a copy of the electoral protest, but I take it as a welcome opportunity to further affirm the resounding victory and almost 36,000 lead given to me by the people of the 5th district in the last elections,” he said.

Durano filed the protest with the HRET, seeking to void the proclamation of Frasco, claiming “glaring irregularities” in the May 13 mid-term polls.

Through his lawyer, former Commission on Elections (Comelec) Commissioner Gregorio Larrazabal, Durano also wants the HRET to conduct a manual recount of the votes cast in his district.

“According to the protest, and as will be presented during the proceedings of the case, there were glaring irregularities recorded and observed during the election day,” Durano said.

The protest cited numerous malfunctioning of Vote Counting Machines (VCMs) which allegedly caused the “delay of not less than four (4) hours in some areas causing the disenfranchisement of voters in several areas.

Durano also cited several incidents during election day when voters allegedly voted for him but complained later that “the voter’s receipts did not reflect the name of Cong. Red Durano”. (PNA)