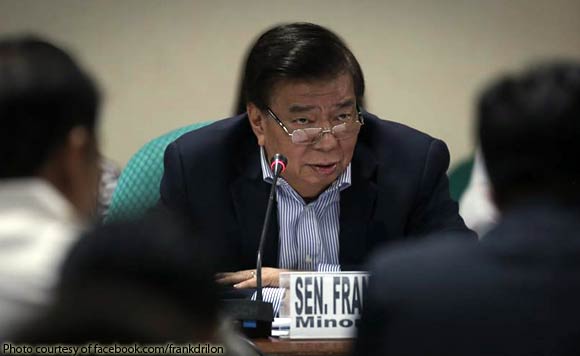 0 493
Share
Want more POLITIKO News? Get the latest newsfeed here. We publish dozens and dozens of politics-only news stories every hour. Click here to get to know more about your politiko - from trivial to crucial. it's our commitment to tell their stories. We follow your favorite POLITIKO like they are rockstars. If you are the politiko, always remember, your side is always our story. Read more. Find out more. Get the latest news here before it spreads on social media. Follow and bookmark this link. https://goo.gl/SvY8Kr

Senator Frank Drilon said he will support the Iloilo Press Club (IPC) if it decides to file charges against the Iloilo city government officials for the delay of the issuance of its building occupancy permit.

Drilon said there in no legal reason for the delay.

“I will support whatever legal remedies you want to do against the concerned city officials. If all the requirements have been satisfied, there is no reason to deny an occupancy permit or any permits. They are bound by the law to issue it,” he said.

“I support your cause. Freedom of the press is a basic right of every citizen. The press club building embodies your struggle for that freedom. I see no reason why, for a very long time now, your building is not yet open and used,” Drilon added.

But former mayor Jed Mabilog and incumbent Mayor Jose Espinosa III have not implemented the resolution.