Drilon, others push for speedy construction of Iloilo-Guimaras bridge 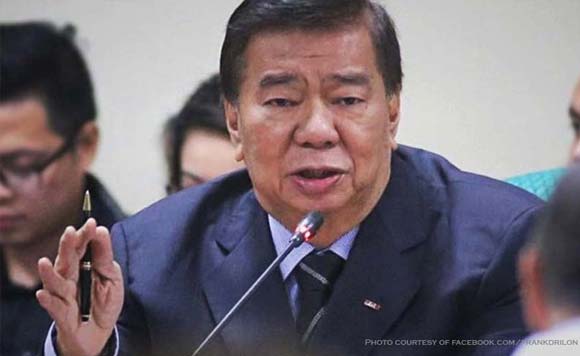 0 52
Share
Want more POLITIKO News? Get the latest newsfeed here. We publish dozens and dozens of politics-only news stories every hour. Click here to get to know more about your politiko - from trivial to crucial. it's our commitment to tell their stories. We follow your favorite POLITIKO like they are rockstars. If you are the politiko, always remember, your side is always our story. Read more. Find out more. Get the latest news here before it spreads on social media. Follow and bookmark this link. https://goo.gl/SvY8Kr

Senators are pushing for the construction of a 13-kilometer Panay-Guimaras bridge.

Senate Minority Leader Franklin Drilon criticized the Duterte administration for the delay in the construction of the Panay-Guimaras Bridge (Phase 1) and Guimaras-Negros Bridge (Phase 2).

“To be honest, I am totally disappointed at the attention given to this project as evidenced by the timetable that you have just mentioned. Nakakalungkot na matatapos ito by 2030, nine years from now,” Drilon said during the Senate Committee on Finance’s hearing on the budget of the National Economic Development Authority (NEDA). (https://bit.ly/3v7PJWO)

“I guess that is what we have to face. I just want the NEDA and this government to be candid and tell this is what it is kaysa paasahin ang mga tao,” he added.

According to NEDA, the detailed engineering study may start in October 2022 and the construction may commence in 2025 and be finished by 2030.

“I think the Iloilo-Guimaras Bridge should be a case study for public administration students on how to stretch out a project as long as you can. Since 2016 pinag-uusapan na iyan. Every budget season ay pinag-uusapan at pina-follow-up assiduously by our minority leader and now we are told that it will be completed by 2030 in a decade and a half,” said Angara.

For her part, Cayetano said: “I support that call. The call should this not be the case under the Karl Chua leadership.”

Tolentino also pressed for the fast-tracking of the project.

The implementation of the PGN Bridges was included in the administration’s Build-Build-Build program.