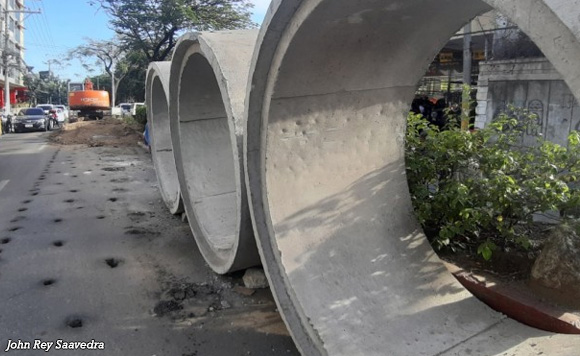 The local chief executives of Cebu City and Lapu-Lapu City have manifested their priorities to address the issue of flooding in their respective areas.

In Cebu City, the Department of Engineering and Public Works (DEPW) vowed to finish the flood control projects in different barangays under the administration of Mayor Michael Rama.

These projects are located in the following barangays: (https://bit.ly/3wZB6qQ)

Drainage and line canal, catch basin and cross drainage projects shall also be implemented in the barangays of San Jose, Tinago, Basak Pardo and Capitol Site. There is also a construction of bridge in Sitio Baogo, Barangay Paril and the bridge in Barangay T. Padilla shall also be repaired by the DEPW.

There are also road concreting projects and road repair in the following barangays:

The DEPW also expects more projects to be approved by the new members of the City Council.

Chan met officials of the 6th District Engineering Office of the Department of Public Works and Highways-7 and other departments concerned.

“All this is really just to provide a solution to the problem the city is facing such as floods by speeding up the completion of drainage projects and solving traffic by repairing the dilapidated roads,” he said in Cebuano.