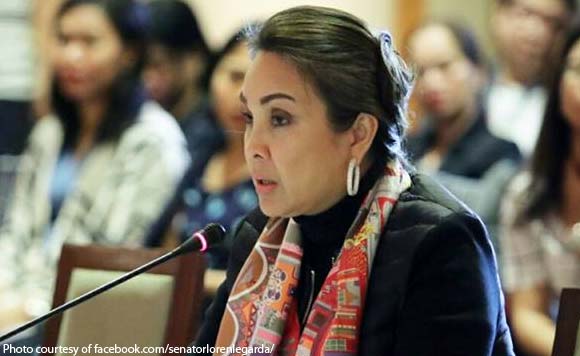 “I thank the Comelec for siding with the truth. I welcome its favorable decision, which further proves that I am certainly qualified to run as Congresswoman of Antique. I have proven several times that I am a resident of Barangay Mag-aba in Pandan and my roots can be traced back to Antique. The Comelec has upheld this through its dismissal of the disqualification case against me,” said the lady politiko in a statement.

The Municipal Circuit Trial Court (MCTC) of Pandan-Libertad-Caluya in Antique earlier dismissed the Petition for Exclusion filed against Legarda.

In October 2018, the Election Registration Board of Pandan, Antique also upheld her transfer of voter registration to Barangay Mag-aba in Pandan.

The Comelec (Second Division) junked the petitions filed by Robin Rubinos and former Antique governor Exequiel Javier to deny due course or cancel Legarda’s Certificate of Candidacy for Representative of Antique as she was able to transfer her residency from Portero, Malabon to Pandan, Antique more than one year before election day, which is the requirement under the law.

“(The poll body) finds that Legarda did not misrepresent in her CoC her period of residence in Antique. Evidence shows that she has been able to change her domicile of choice from Potrero, Malabon to Pandan, Antique more than one year prior to the day of the election. No proof was introduced to effectively refute those offered by Legarda to establish her eligibility for the office to which she seeks to be elected,” the resolution signed by presiding commissioner Luie Tito Guia stated.

“I thank my kasimanwas who showed their support and who believed in me. Nothing will stop me from serving our people and I hope we can focus on what we can do for Antique,” Legarda said.