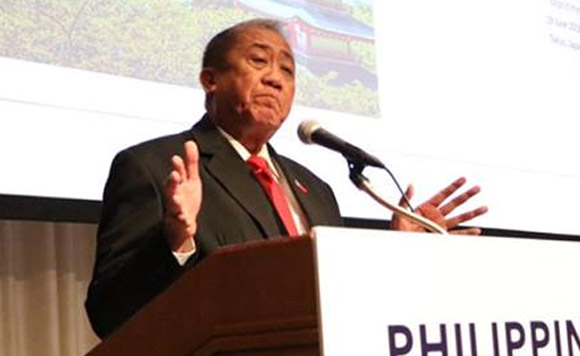 0 808
Share
Want more POLITIKO News? Get the latest newsfeed here. We publish dozens and dozens of politics-only news stories every hour. Click here to get to know more about your politiko - from trivial to crucial. it's our commitment to tell their stories. We follow your favorite POLITIKO like they are rockstars. If you are the politiko, always remember, your side is always our story. Read more. Find out more. Get the latest news here before it spreads on social media. Follow and bookmark this link. https://goo.gl/SvY8Kr

The Department of Transportation (DOTr) is pushing through with the implementation of a bus rapid transit (BRT), which is part of the integrated transportation system (ITS), one of the solutions to address the traffic congestion in Cebu City.

Transportation Secretary Arthur Tugade said he made the decision following an inspection of the 23-kilometer route of the BRT with representatives of the World Bank and DOTr officials, National Economic Development Authority, Land Transportation Office, and the Land Transportation Franchising and Regulatory Board last month.

The DOTr said in a statement Tuesday that an ITS will be implemented to synchronize various transportation solutions that will ease traffic congestion in Metro Cebu.

The ITS includes a point to point (P2P) bus system; a monorail in Lapu-Lapu City, and the Light Rail Transit (LRT) lines from Carcar to Danao and the Mandaue to Airport Line which was discussed during the meeting of Tugade with Presidential Assistant for the Visayas Michael Dino last June 25.

Dino said that the BRT will only be allowed on three-lane roads because operating it on narrow roads may jeopardize other ITS components and existing transport systems.

“It was a common agreement that BRT on narrow roads will fail. DOTr has identified the roads with three lanes in both directions where we can allow it to operate, as it will not be effective if we allow them to operate on already congested areas,” he said.

Under the transport plan, a Common Station is being considered in two areas: a coastal district and a city center.

Passengers will be ushered to an interlink terminal where connecting transit systems of all the components (bus-to-LRT, bus-to-BRT, or BRT-to-LRT) are located.

A LRT system is being eyed that will traverse from the city of Carcar to Danao City serving inter-city passengers.

A Singaporean-Chinese and Filipino consortium has submitted a proposal to construct a $3 billion railway system with a subway component in Cebu City, an aboveground component from Talisay to Carcar and from Mandaue to Danao, and an airport line from Mandaue to the Mactan-Cebu International Airport (MCIA) complex.

“The LRT will become the main arterial backbone of Cebu’s mass transportation, with other ITS components as feeder lines serving internal peripheries,” Tugade said.

On the other hand, a monorail system will serve as a transport system in the Mactan Island to different hotels and resorts in the tourist island.

The DOTr aims to achieve partial operability of the multimodal transport system within the next one and a half to two years.

“Once implemented, Cebu will become beautiful and more livable. The ITS will encourage interoperability and interconnectivity of land, air, and sea transportation,” Tugade said.

Earlier, Tugade said the BRT system needs to be reviewed as he cited that this might worsen traffic congestion in cities such as Metro Manila and Cebu.

He said that this mode of transportation might not be feasible on narrow and congested roads in urban areas. (PNA)