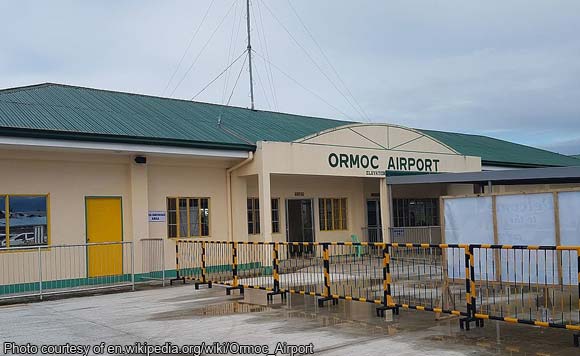 The Department of Transportation (DOTr) has earmarked PHP218-million for the improvement of the Ormoc airport so it can accommodate bigger commercial aircrafts.

Currently, only a 72-seater, turbo prop plane of the Cebu Pacific commercially flies at the airport, carrying passengers from Cebu-Ormoc and back. However, there is a demand for direct Ormoc to Manila flights, which can only be served by bigger planes like A320 family aircraft.

In a letter to Rep. Lucy Torres-Gomez, DOTr Undersecretary for aviation and airports Manuel Antonio Tamayo said that their assessment shows the Ormoc airport is actually capable of accommodating A320 family aircraft, albeit its runway needs widening at the ends to serve as “turnaround pads” for the bigger aircraft.

The airport, with a runway length of 1,860 meters, is one of the three airports in Leyte province.

For the purpose, some PHP85-million has been allotted for it and will be implemented before the year ends, Tamayo said.

For 2018, another PHP128-million has been earmarked for its continued development and rehabilitation of facilities affected by the July 6 earthquake.

Torres-Gomez is all praises for the quick response attitude that she saw from President Rodrigo Duterte and his men.

In a presidential visit to Ormoc last July 13, after the city and nearby Kananga was badly affected by a magnitude 6.5 quake, Transportation Secretary Arthur Tugade told President Rodrigo Duterte that he couldn’t help but notice the airport terminal that remains unrepaired.

The lady solon thanked Tugade and the national government. She said that the damaged airport terminal building was neglected despite her constant request to the past administration to have it repaired. (Ormoc City Media Hub/PNA)